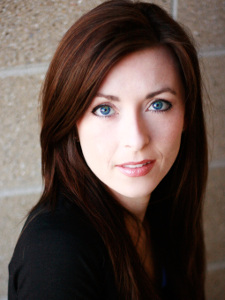 Vanessa has graced the stage of such companies as Anchorage Opera, Theatre Under the Stars, PCPA Theatrefest, The Utah Shakespeare Festival, Pennsylvania Shakespeare, Oregon Cabaret Theatre, Music Theatre West, and The Lyric Repertory Company. Favorite roles include Eliza in My Fair Lady; Lilli Vanessi in Kiss Me, Kate; Desdemona in Othello; Maria in The Sound of Music; Peg in Peg O’ My Heart; Gertrude McFuzz in Seussical the Musical; and Gwendolen in The Importance of Being Earnest. A former Miss Utah, Vanessa honored with the Bert Parks talent award while at the Miss America Pageant. Vanessa spent three years as a Resident Actor at the Pacific Conservatory of the Performing Arts in California where she oversaw the first year acting program and has also served as a Visiting Professor of Acting at Utah State University.  Vanessa received her B.A. and B.F.A. from Utah State University and her M.F.A. in acting from Indiana University. Off the stage, Vanessa currently serves as an Associate Professor and the head of the Acting Program at Idaho State University, the Education Director for UFOMT, wife to actor Stefan Espinosa and mommy to Sebastian.