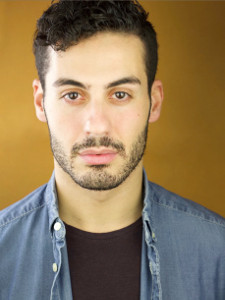 ENSEMBLE, THE MARRIAGE OF FIGARO

Pasqualino Beltempo lives in New York City where his credits include principal dancer in Tchaikovsky – A New Stage Play at the Chernuchin Theatre, Al in A Chorus Line at The Actors Fund Arts Center in Brooklyn and multiple leading roles as member of the Xavier Company, a professional Christian Company that tells New Testament stories in musical theatre form and tours in the Tristate area.

When in New York he works at the world-famous Broadway Dance Center, where he previously attended the International Student Visa Program, earning the Outstanding Student Award in April 2010.

He is excited to make his Utah Festival début! He would love to thank his family and friends for their constant support and advice, which are fundamental in this tough yet wonderful business.