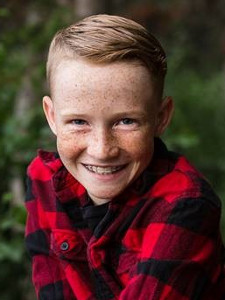 Boston Mark Clemens is thrilled to join the UFOMT this summer in his debut season. Boston became a star four years ago when he won Kaysville Idol – a singing competition in his home town. Since then he’s studied at Centrestage Theatre for Youth (Kaysville, UT) and has performed in roles as Simba in Lion King Jr,, Jack in Into the Woods Jr., Jojo in Seussical Jr. and John in Peter Pan Jr. When he’s not performing on a stage, you can find Boston fishing at the community pond or catching at the baseball diamond. This summer he’ll be flying kites!