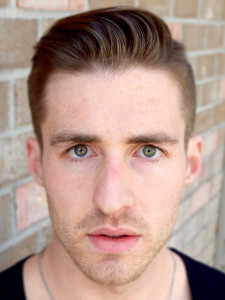 Derek DeRoo is excited to be a part of his first season with UFOMT. After growing up in West Michigan, he has lived in Indiana for the past 10 years, and currently resides in Valparaiso, IN. Prior to this summer, he has performed as Jaime in The Last Five Years, Emmett in Legally Blonde, Enjolras in Les Misérables, and Jason in Ordinary Days. He also spent several years traveling and performing with Indiana band James and the Drifters.

Outside of the summer months, Derek works as an elementary special education teacher in Valparaiso, spending his evenings with his wife and two children, all of whom have been able to accompany him on this summer trip out west.