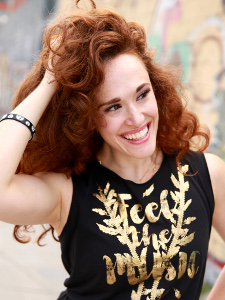 COUNTESS ALMAVIVA, THE MARRIAGE OF FIGARO

SOPRANO SOLOIST, ORATORIO FROM THE BOOK OF MORMON

Praised by the Washington Post for her “gorgeous singing,” soprano Bridgette Gan is quickly establishing herself as a vibrant interpreter in the musical realms of opera, concert, and crossover works. Recently, Ms. Gan made an acclaimed last-minute debut as Marie in Palm Beach Opera’s production of La fille du régiment in which she successfully sang the company’s Matinee Youth Performance followed by the Mainstage performance within the same day. Critics called her portrayal “a tour de-force…vocally beautiful and consistent with a rich tone and sparkling high notes… a great star turn for a young singer who has a world of potential in front of her.”

Ms. Gan’s 2016-2017 season includes a return to Opera Orlando for her role debut of Norina in Don Pasquale, as well as her company and role debut with St. Petersburg Opera as Adina in L’elisir d’amore. In concert, she returns to the South Florida Symphony, and was featured at the Newport Music Festival during the summer of 2016. In 2017/2018 Ms. Gan looks forward to returning to both the South Florida Symphony and Opera Orlando as Musetta in La bohème.

Previous season highlights include a return to Palm Beach Opera for her role debut as Zerbinetta in Ariadne auf Naxos, her mainstage debut with the world renowned Santa Fe Opera creating the role of Lila in the world premiere of Jennifer Higdon’s Cold Mountain, and concert performances with the Toledo Symphony, South Florida Symphony, and the US Marine Chamber Orchestra.