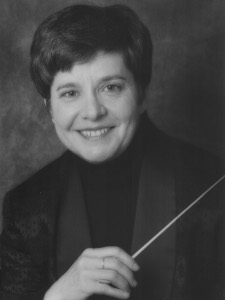 Maestro Karen Keltner returns for her 22nd season with Utah Festival Opera & Musical Theatre! Keltner served as Resident Conductor of San Diego Opera for many years, conducting more than 40 productions in over 150 performances with the company, including Bizet’s Carmen and The Pearl Fishers, and the San Diego Opera premieres of Samson and Delilah, Alban Berg’s Wozzeck, Carlisle Floyd’s Of Mice and Men and Cold Sassy Tree, Tobias Picker’s Therese Raquin, Andre Previn’s A Streetcar Named Desire, Samuel Barber’s Vanessa and The Lighthouse by Peter Maxwell Davies. Other highlights have been Così fan tutte, Salome, The Flying Dutchman, and many bel canto favorites: The Barber of Seville, La cenerentola, Don Pasquale, The Italian Girl in Algiers, and The Elixir of Love. During his lifetime, Keltner also collaborated with the well-known composer/stage director Gian Carlo Menotti in performances of Amahl and the Night Visitors, and The Medium and The Telephone. In October of 2016, the Maestro opened Hawaii Opera Theatre’s 2016-17 season with Puccini’s La Bohème.

Maestro Keltner has appeared as guest conductor with l’Opéra du Rhin in the cities of Strasbourg and Nancy in France, The Washington Opera at the Kennedy Center in Washington, DC; Pittsburgh Opera, Glimmerglass Opera, The Opera Company of Philadelphia, Seattle Opera, New York City Opera, and the Vancouver and Winnepeg Operas in Canada. She has been a regular guest artist with Opera Carolina in Charlotte, NC, conducting among others, Tosca, Carmen, Salome, Cold Sassy Tree, and Verdi’s Aïda to inaugurate Charlotte’s new Opera House in 2002. Keltner also opened the 45th season of the Lyric Opera of Kansas City with performances of La bohème. Other guest appearances have been with Austin Lyric Opera, Utah Opera, Chautauqua Opera (NY), Orlando Opera, Sacramento Opera, Nashville Opera, and the Opera Theatre of Weston (VT) where, among other productions, she premiered the Vermont performances of Rachel Portman’s The Little Prince, based on St. Exupéry’s beloved story of the same name.

Karen Keltner, a native Hoosier from South Bend, Indiana, now based in San Diego, holds multiple degrees in French from the University of Strasbourg in France and Indiana University. She earned her Doctorate from Indiana University’s School of Music where she also received her bachelor’s and master’s degrees in music. The conductor frequently gives master classes for singers and other students of opera in cities and universities where she guest conducts.

In San Diego she served on the Board of Directors for Rachel’s Women’s Center, a day center providing services and support for homeless women, and was honored by The Girls Scouts of America as one of its ten “Cool Women”.