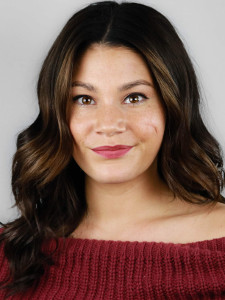 BARBARINA, THE MARRIAGE OF FIGARO

Olivia LaBarge is ecstatic to be returning to UFOMT for her second season! Hailing from Indianapolis, Indiana, she didn’t travel far for university. Olivia is a recent graduate of Indiana University’s Jacobs School of Music where she received a bachelor’s degree in vocal performance and musical theatre. Her professional and academic credits range from productions such as Peter Pan to Poulenc’s Dialogues des Carmélites. In the spring of 2018, she performed the role of Maria in IU Opera Theater’s production of West Side Story. In this role, she was featured in a Leonard Bernstein special which later aired on CBS Sunday Morning. Olivia is thrilled to be reprising the same role here in Logan!

Following her summer with UFOMT, Olivia will be moving to New York City to continue pursuing a career in the performing arts.