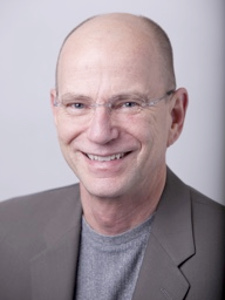 Nominated for a Tony Award and National Broadway Theatre Award in choreography for blast, George also received an Emmy Award for outstanding choreography for the PBS broadcast of blast.  George, Professor Emeritus and Former Head of the B.F.A. in Musical Theatre in the Department of Theatre, Drama and Contemporary Dance at Indiana University, has directed and/or choreographed for Broadway, the West End of London, national and international tours, regional theatres and over a hundred university productions. Recognized as a master teacher, George was awarded the prestigious Friedrich Herman Lieber Award for Distinguished Teaching, five Indiana University Board of Trustees Awards for Excellence in Teaching and membership in the Faculty Colloquium of Excellence in Teaching.  Among his former students, their accomplishments include over 40 Broadway productions, 35 National and International Tours, regional theatres from coast to coast and around the world as well as roles in television and film.  George now makes his home on Lake Pontoosuc in the Berkshires with his husband Scott and cat Tiger.