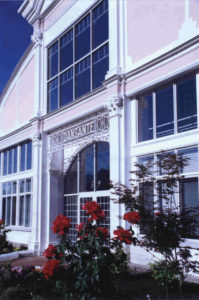 Built in 1900, the Dansante Building has played a central role in the social life of the Cache Valley community for a century. For decades it served as the valley’s premiere dance hall, hosting as many as 3,000 people on major holidays. If its walls could speak, they would echo laughter, music, and romance. Additionally, it has been used for a miniature golf course, roller rink, and clothes manufacturer. After years of decline, the proud old building was purchased by Utah Festival Opera & Musical Theatre. Thanks to generous anonymous donors, it has been fully renovated and expanded to a 45,000 sq. ft. facility that now houses the company’s administrative offices, a 124-seat recital hall, practice rooms, rehearsal halls, and wig & makeup, prop, costume, and scene shops. 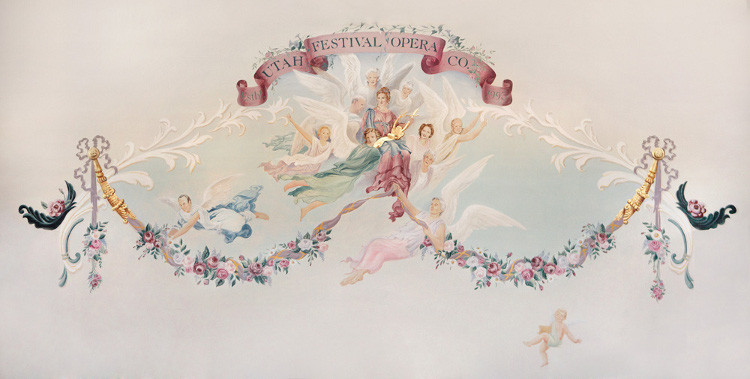 The mural in the main lobby of the Dansante depicting the miraculous saving of the Ellen Eccles Theatre in 1990, painted by Mary Judy. The ensemble here represents various people who aided in the creation and sustenance of Utah Festival Opera & Musical Theatre in its beginnings.